With Kipsta,
Ostende gets its
colours back!

Ostende is at its best. Supporters and players enjoy the Kipsta partnership, their ambition is very high.

When in Ostende, people eat prawn sandwiches and “babeluttes” (the delicious honey toffees) before going to the North Sea beaches. In Ostende, people support the “KV” in the Diaz Arena, a stadium close to the sea. Ostende is the only ‘coastal” club in the Jupiler League, the Belgian Championship. This brings a very high “local” value to the Club. “In the stadium, we have ambassadors, fans (well known from KVO’s members). They represent the club in every communication in order to highlight its “local” image”, states Bram Keirseblick, press manager. “And also to highlight our dialect, or the music we choose in the stadium produced by local Ostende bands”.

In the spring of 2020, the KVO (the Koninklijke Voetbalklub Oostende) has been bought by an American investment fund, the “Pacific Media Group”, who also own other clubs from Nancy (France), Barnsley (England) and Thoune (Switzerland). In the Spring of 2021, Ostende fought hard in the play-offs, to play in the European Cup. The Club celebrated its 40th birthday in great shape.

In 2020, Gauthier Ganaye, the new Executive Manager of the club, pointed to the “history”, the passion of the supporters, and the “return of the ambition” of the club. With this state of mind, Ostende developed the project with Kipsta. “We wanted to be part of the Jupiler League, not only for fame – we tried to change the way people see and develop a partnership with an equipment supplier.”

Second Step: behind the best players, there are 600 young players in the club, teams with different levels and ages, regional or provincial, a para sports section, and soon a women’s team. All players have some Kipsta equipment. KVO can maximise its expenses and afford the recruitment of two coaches for its teams. A win-win situation. 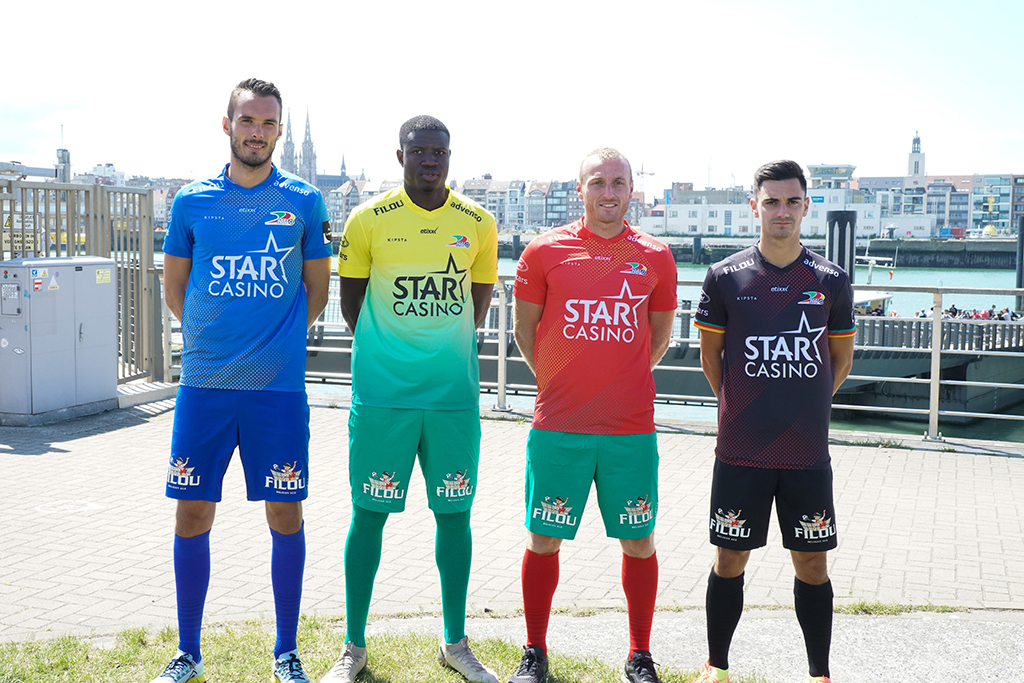 Third Step: KVO is moving forward. It had wrapped up the Championship without any supporters because of the pandemic, 3,000 season ticket holders unable to attend. During the whole season, the Kustboys, the KVO supporters‘ association, has shared its passion on social media.

The Club and Kipsta give the association a lot of credit for it.

Ostende has innovated and launched a contest with its partner, to co-create the shirt of the team. This co-creation was new in Europe. Supporters could download an equipment pattern to color their own way. KVO is proud of its colors: yellow, red, green!


Fans, players, children at school, everyone took part in it. KVO gets even more colors, the new shirts will be out soon. The shirt will have three colors and waves in superimposition to show that the North Sea is part of the city’s image.

The club has created a vintage shirt to celebrate its 40th birthday. “We wanted something special!” says Gauthier Ganaye. “We had a brainstorming session with Decathlon Belgium and came up with the idea that fans should create the shirt themselves. The result is stunning!”

People will be able to wear the shirt for gala games, and also during the Cup games thanks to its great success. On the collar, there will be the Kustboys’s crest.

In Ostend, everyone follows. Since May 31st, the Ostende Club’s shirt has had the new KVO logo, created by Kipsta and the Club. “It is a great collaboration with the Club’s past, present and future.” said the President. 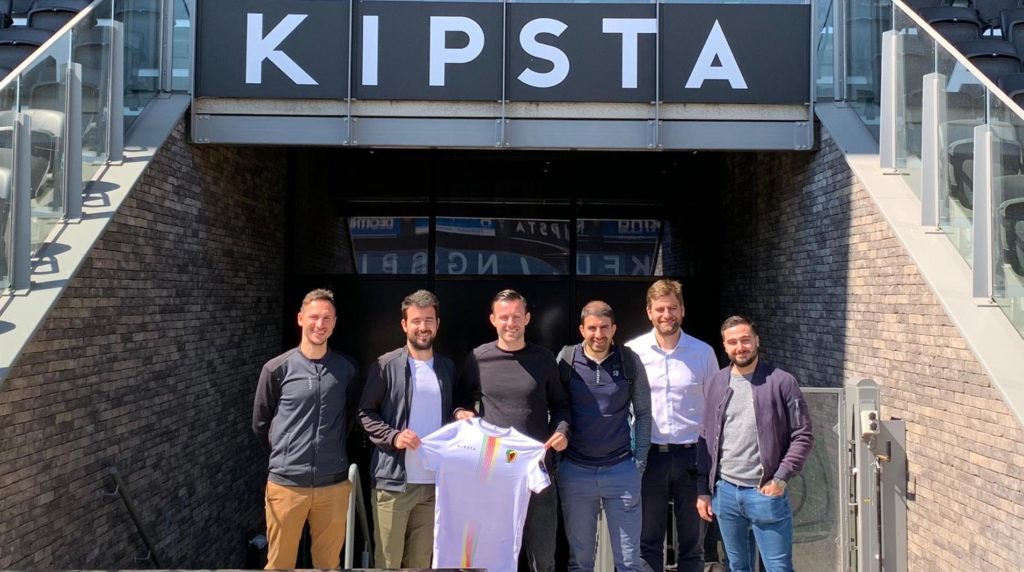 More about football on the Decathlon United media football presskit